This last statement had me wondering what coins Buffet would buy were he to have a change of heart about cryptocurrencies.

Warren Buffet has vehemently declared that he will never invest in Bitcoin and all Cryptocurrencies in general. He has said that all cryptocurrencies will most likely come to a bad ending. From such words, one can deduce that the Oracle Of Omaha has no excitement for the Crypto-Verse and what it offers.

According to this Fortune Magazine article, Buffet suggested he might find other ways of betting against Bitcoin. The Guru stock-picker said he’d be “glad to buy five-year put options on every one of the cryptocurrencies.” Put options can be a way for investors to bet against an asset, as they become more valuable as the underlying asset’s price falls.

This last statement had me wondering what coins Buffet would buy were he to have a change of heart about cryptocurrencies.

The following is a list of 5 coins that I think Buffet would not mind owning. Also included are my reasons for putting forward the coins.

Ripple is the most obvious coin for Buffet to get in with both feet RIGHT NOW!

Firstly, The CEO of Ripple, Brad Garlinghouse, seems to know what he is doing. Many have compared him to Amazon’s CEO, Jeff Bezos, for his visionary ideas and planning for the future. Such a comparison of Garlinghouse to Bezos could lead Buffet into believing in the vision of Ripple Labs, the parent company of XRP.

To add to the above, Ripple Labs has a list of partnerships with banks who want to use their various back end money transaction services to transact globally. This is in itself proof of concept and something Buffet would love to see on a Cryptocurrency. The weakness Bitcoin has is that it is simply a store of value. Warren Buffet likes to see a functioning product or service: something tangible like an iPhone or a Can of Soda. (He has invested in both Apple and Coca-Cola.)

The third reason why Buffet would buy Ripple is because of the current market correction going on. I have seen XRP trade for $0.98 on the 16th of this month; a figure I have not seen since mid December.

Ethereum is slowly winning the hearts of users due to its lower transaction fees and faster transactions, with respect to those of Bitcoin. This has led to the coin jumping in value to a peak of around $1,345.

This is one reason Buffet would buy and hold Ethereum. There are plenty of people using it for transactions and this will lead in the appreciation of its value with time.

A second reason is the recent market correction. Ether is trading at $881 at the time of writing this. This is as cheap as you can get for Ether this year!

The third and final reason why Buffet would buy Ether, is because of…yes…you guessed it…management team.

The foundation team led by Vitelik Buterin has constantly delivered since the inception of the ICO in 2013. This is a good indicator of consistency and Buffet loves consistency.

Another coin that I am sure the Oracle from Omaha would buy is Tron.

The first reason, which is now becoming a routine in this article, is the Management Team behind the coin. Tron has a excellent team led by Justin Sun who is rumored to be a protege of Jack Ma. To add to this, TRON has several major partnerships lined up for 2018.

The second reason TRON would be on Buffet’s mind is the current price. TRX has fallen to around $0.04 in the last two days. This would be a good time to buy and HODL for a few years. Who knows what TRX’s price will be in December?

The final reason TRX would interest Buffet is proof of concept. The TRON team has a very elaborate road map, with clear goals, for 2018 that are available on their website and twitter handle.

As with all the coins I have mentioned, XLM makes the list because of current low price and focused, albeit somewhat unknown, management team.

The only reason this coin would interest Buffet, is perhaps Stellar’s goal to be open source and help solve real life economic issues. When I read more and more about XLM, I get this idea that it wants the world to be a rosy place where everyone has equal rights in an efficient economic system. Its goal is to benefit all of mankind.

The above reason is why I think XLM will be in line with Buffet’s philanthropic nature and betterment of society. This is why he would buy the coin and maybe even donate a certain percentage of his purchase to charity.

Because it just finished its ICO and the Crypterium coins have not been distributed in any exchange. Only participants of the ICO have their coins safely held in an ERC20 compatible wallet.

If you have heard about Crypterium, you are my type of Crypto ninja!

If not, continue reading…

The ICO has been causing shockwaves on the internet and Crypto-Verse for it promises Crypto Currency Banking that has never been seen before. Crypterium, also run by a superstar management team, wants to make it easier for crypto-currency owners to purchase goods and service in a manner similar to using fiat money.

The team at Crypterium wants to develop a mobile app for payments; an App Store for cryptocurrency software solutions; Blockchain based loans; and point of sale systems that work like regular fiat cash register systems.

The simple reason that it wants to revolutionize banking might be in contrast to what Warren Buffet considers as traditional and stable, but the Oracle of Omaha once admitted that he was sold to the idea of Personal Computers by Bill Gates way back in 1991.

The two Billionaires met through a mutual friend and never thought they’d end up being best of buddies.

There is a chance that Warren could embrace Crypterium if it were presented to him in a ‘certain way’.

In summary, my whole arguement is based on the hypothetical situation that The Oracle of Omaha will one day embrace cryptocurrencies. The likelihood of this happening are slim but it is always good to dream and hope that cryptocurrencies will get a major endorsement from a Seasoned, Trusted, Financial Guru like Buffet. 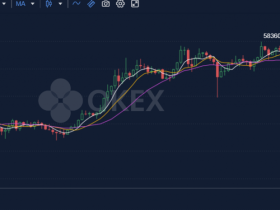 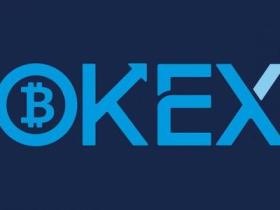